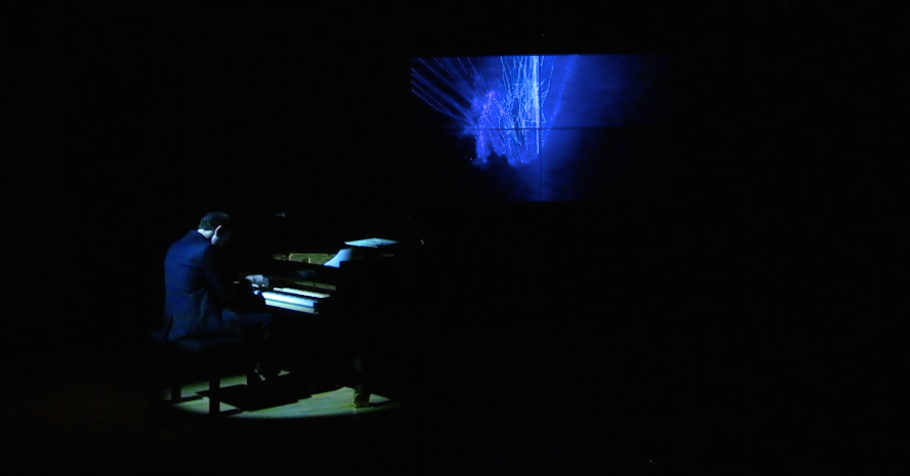 Pianokosmos, proposed by Paris-based sound artist Tal Isaac Hadad, is a lens into the cosmos systems imagined by Bela Bartok and George Crumb through the prism of movement. The form of the piano recital, augmented by motion graphics, becomes a generator of images, shapes and abstract traces.

The program features selections from Mikrokosmos (written between 1926 and 1939) by Hungarian composer Béla Bartók, and Volume II of Makrokosmos (written between 1972 and 1979) by American composer George Crumb. In Mikrokosmos, the system of representation transforms hand movements into detailed three dimensional “gesture paintings”, recalling a form of decomposed writing. During Makrokosmos, the perspective is expanded into a larger topology, suggesting vast environments and constellations. 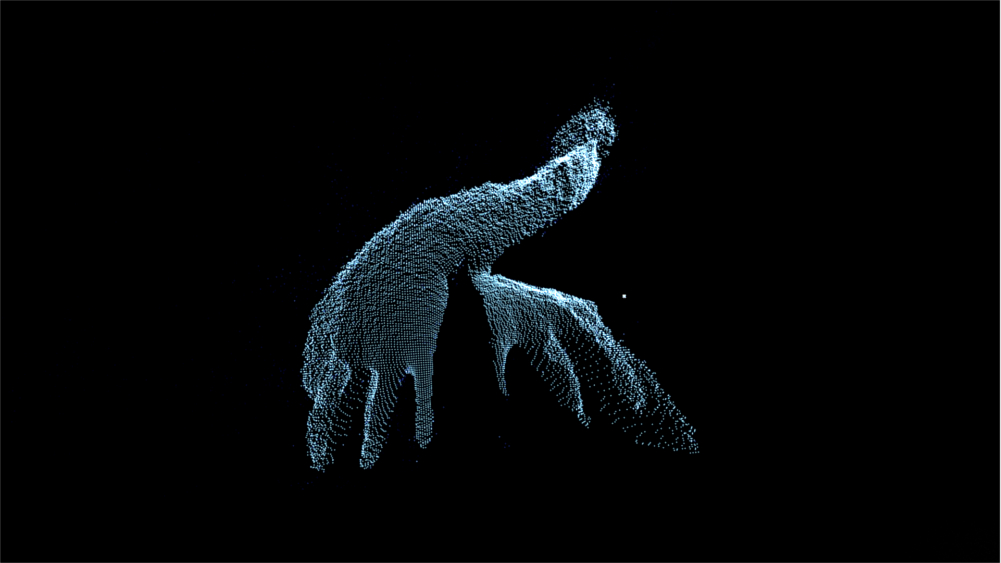 In collaboration with interaction artist and researcher Lisa Kori Chung, we developed a system of translating movement into visual representation. Using depth cameras to analyze the gestures of the pianist, characteristics of motion are isolated, building an understanding of the pianist’s gestures which would otherwise be unquantifiable to the naked eye. This understanding unfolds throughout the piece as the representation develops from the direct– a point cloud– to higher levels of abstraction. 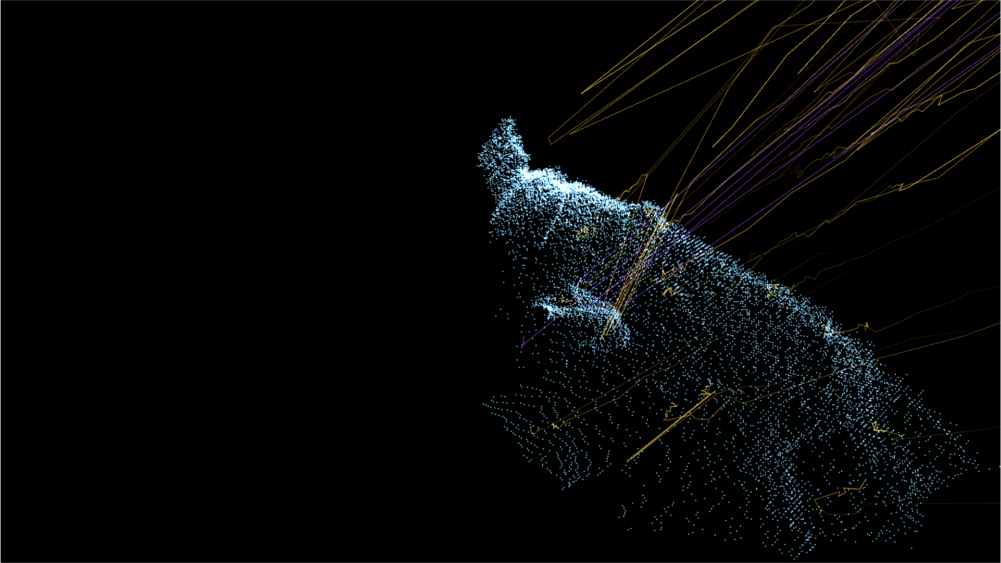 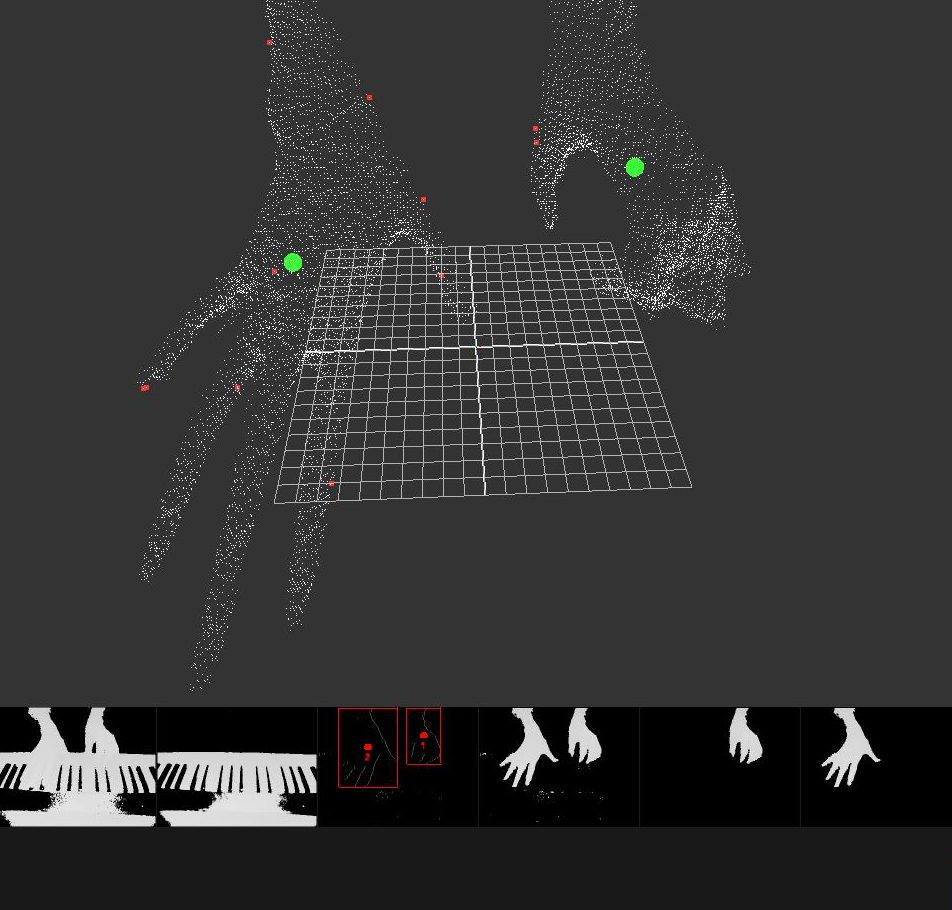 Notes about the musical selection:

The aim to create a kosmos, or order, led both Bartók and Crumb to develop ambitious and expansive multi-part works over the course of many years. We can assume that Crumb was composing with an awareness of Bartók’s work; however, the world Crumb creates is so distinct and self-contained that compositional reference to the prior work is not apparent. Pianokosmos proposes a face à face between these two worlds; not a confrontation in the usual sense, but rather a direct juxtaposition of the two composer’s idiosyncratic approaches. An interesting aspect we can infer from our present-day vantage point is a sense of progression between the two pieces; Bartòk builds rules, Crumb breaks them. Bartòk builds a method to reach out with the body, whereas Crumb reaches out from the body to access a previously unheard world of sound.

Through this framework, we have an interesting setting in which to explore the performer’s ritual of embodying the composer’s requests. We, the audience, arrive to view the spectacle of a person who has developed an entire vocabulary of body movements, not for the purpose of communication, but to serve these musical requests in the most expressive way possible. By creating a system of analysis that focuses solely on movement, we have an opportunity to glimpse the essence of what characterizes pianistic expression.