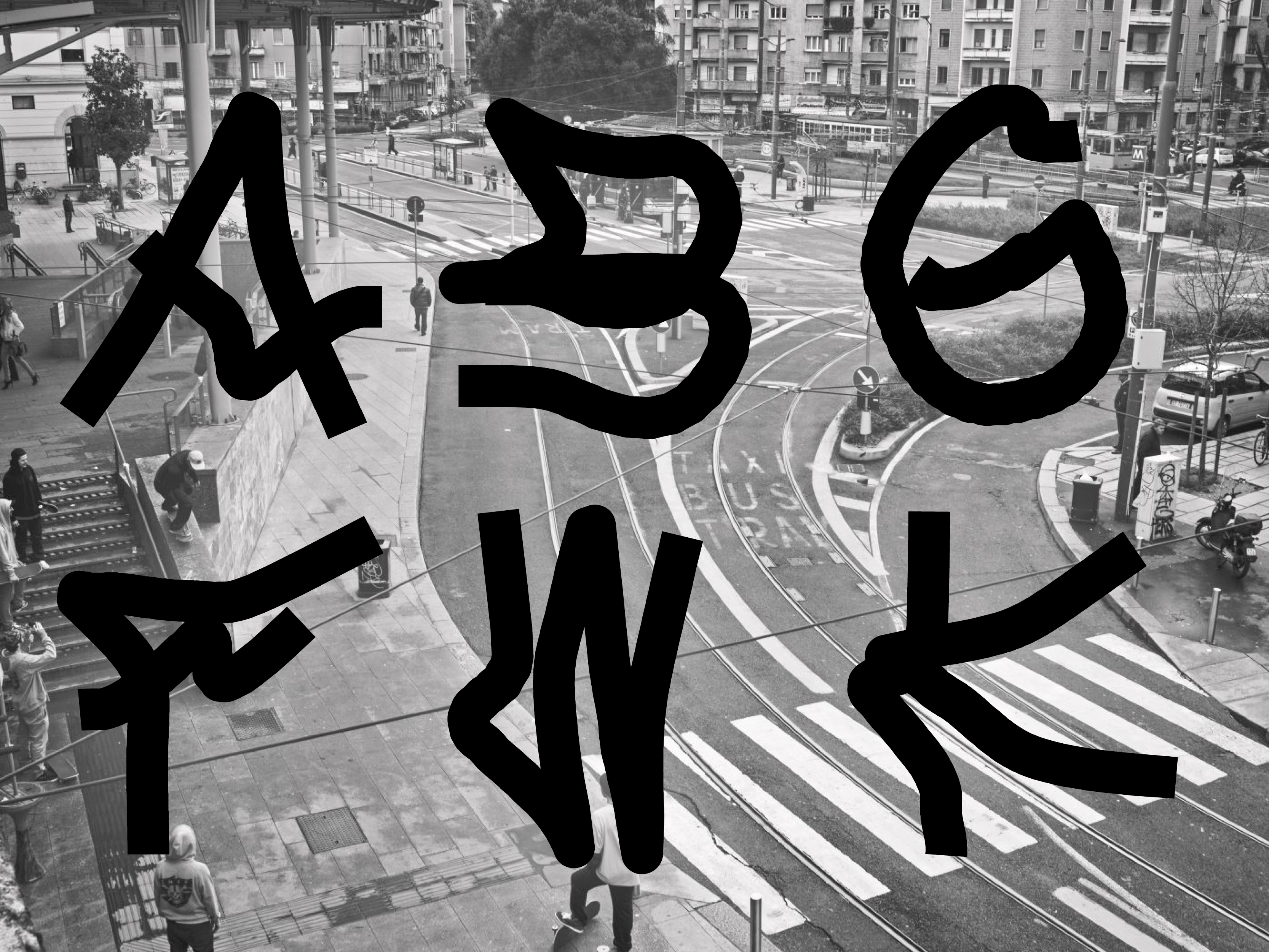 Documentation is under preparation

The urban realm that architectural structures outline is the realm of default flows and physical policies. The movements on its edge discuss the limit and the substance of the given structures, up until the production of super–architectural space of subject and object combined. In Edge — A Super–Architectural Typeface, Dawid Górny and Jacopo Atzori take skateboarding as an activity that conducts a performative critique of architecture; an exploration of the city in correlation with a personal research of expression. To bring the same attitude in typography is a way to represent and allow the game on another functional structure, the one of the alphabet, and use it as the base for expression of style. To make this conjunction, they transmitted the motion of skateboarding into a dynamic typeface, that takes form as a consequence of the performance.

References
Skateboarding, Space and the City: Architecture and the Body, Iain Borden, 2001

Process
We collected motion data of a skateboard and imported it into a custom software developed by Dawid Górny. The software lets us generate a unique generative typeface using the motion data overlaid on a typographic skeleton. Skateboard traces are calculated and represented in a 3D visualization to be later projected onto 2D surface. The final graphical output can be controlled by a designer on many levels using global and local parameters for each glyph and on both 2D and 3D stages.

Made with Pex and Plask. 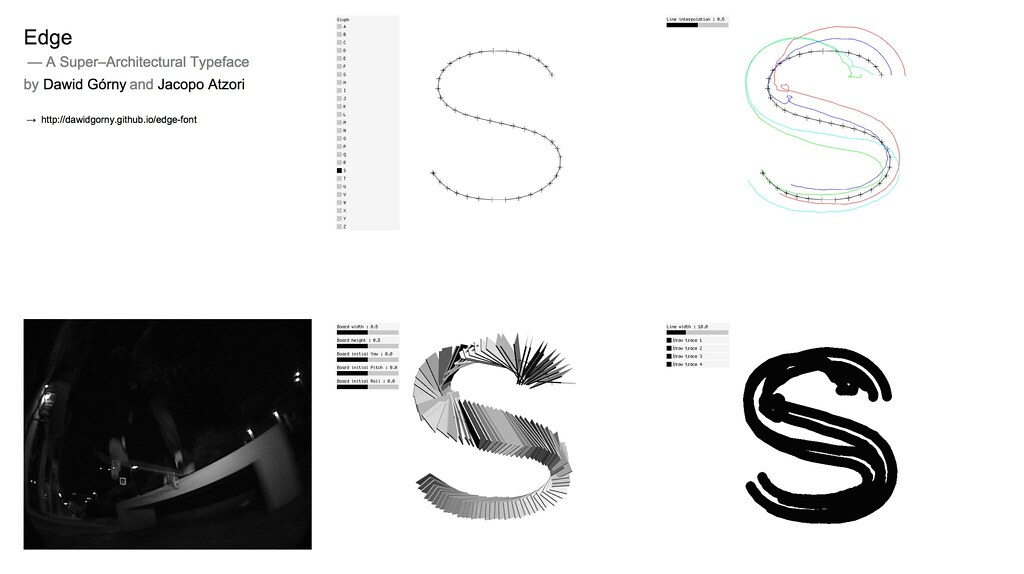 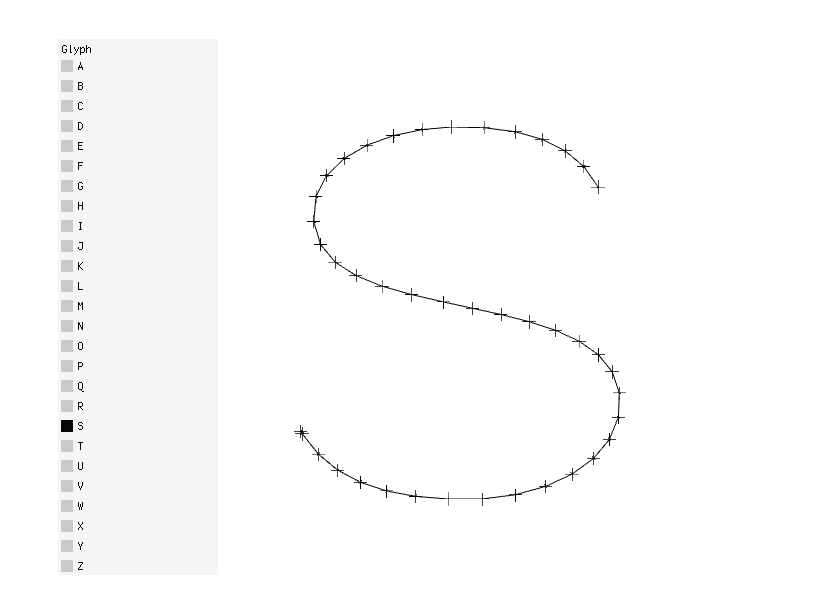 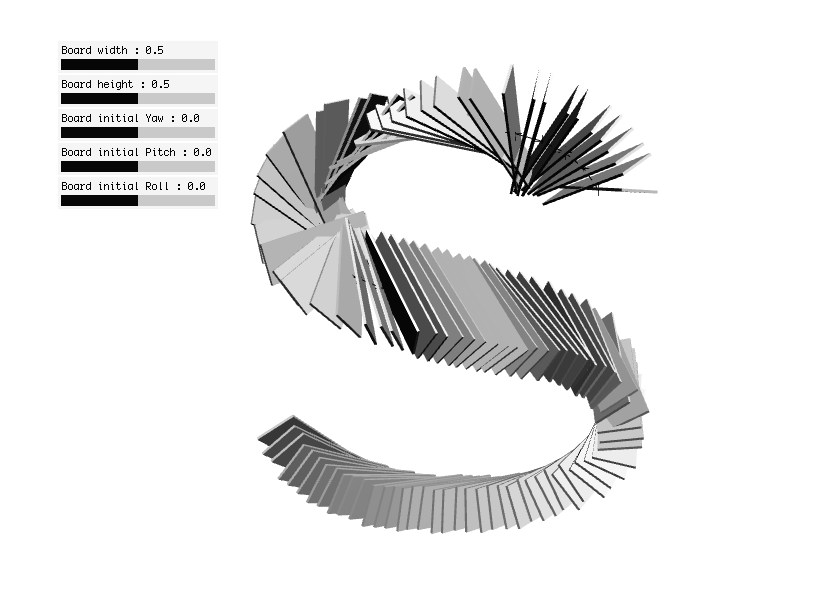 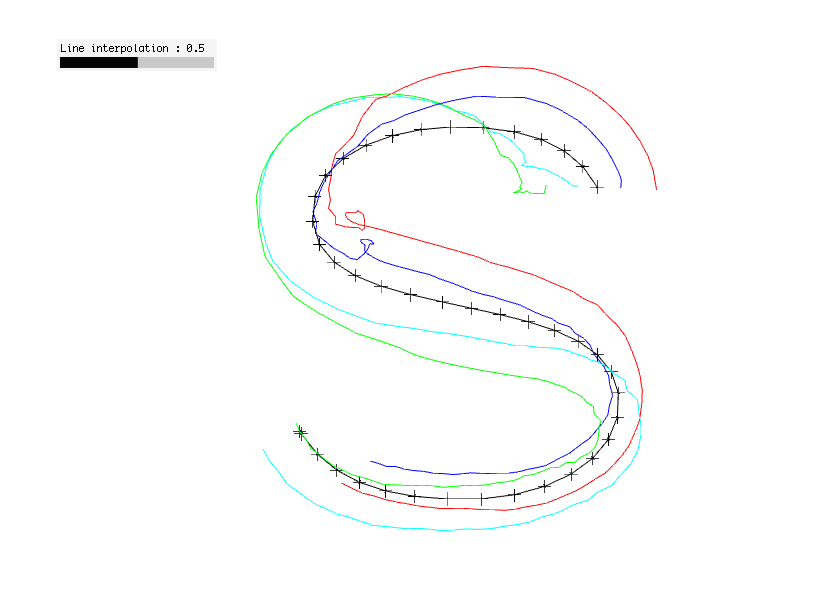 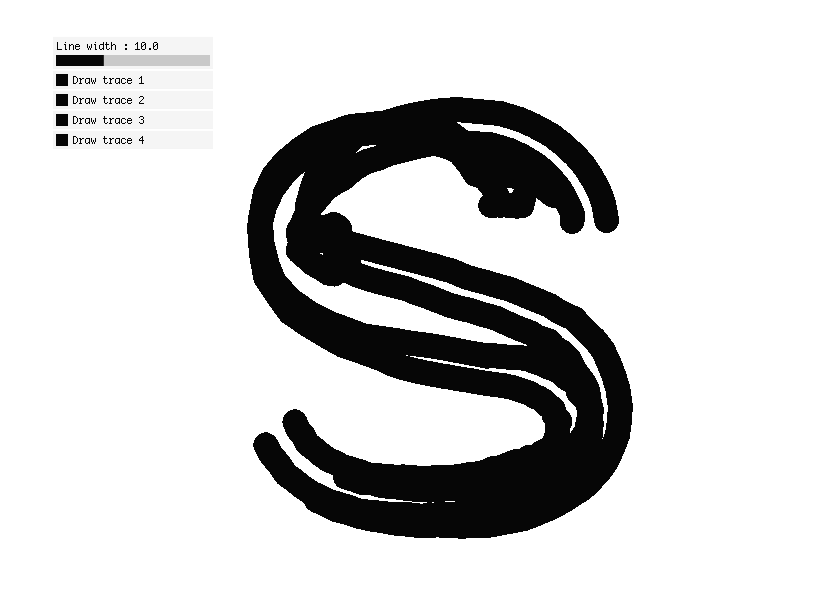 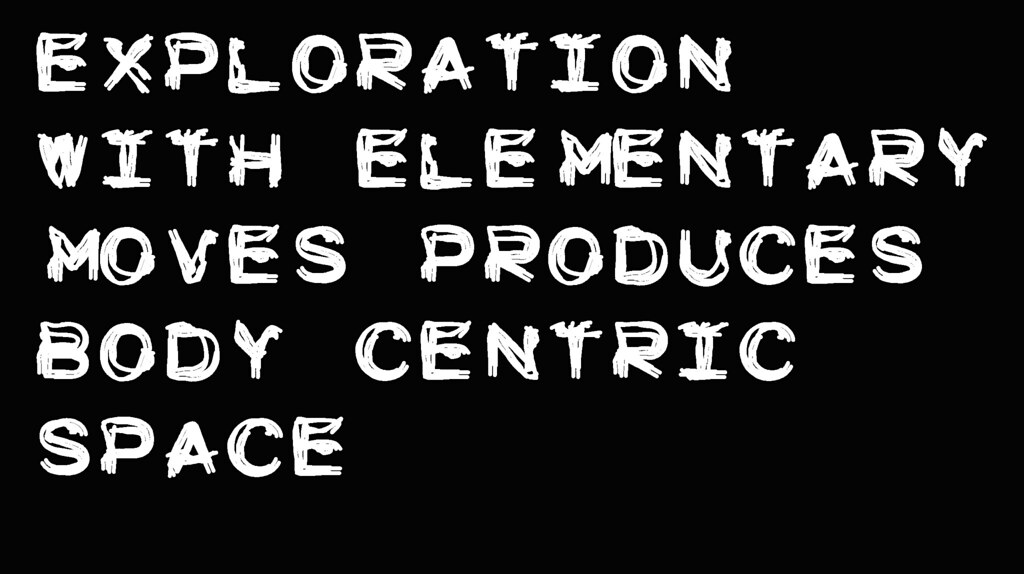 Exhibited at the main exhibition during ISEA2015: International Symposium on Electronic Art in Vancouver, Canada.